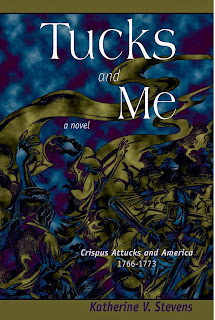 Rev. Lenz writes with clarity and forgiveness in this book about a priest's experience in a Nazi Concentration Camp.  The horrors faced by the Germans and Austrian priests were nothing compared to the sufferings of the Polish priests.  The Polish priests were treated much as the Jews were treated in Dachau, but Father Lenz doesn't spend time on the horrors experienced by others in the camps.  He can't, he can only present the sufferings he and his comrades experienced, that was all his being could accommodate.

2,720 clerics - 2400 Catholic Priests, lay brothers and seminarians, as well as ministers of various other religious denominations - representatives of 134 dioceses and 24 nations, were interned in Dachau concentration camps.  1,034 lost their lives.  (The following is from Fr. Lenz.)

"One of those was Father Maximilian Kolbe.  He took the place of a man with six children.  On June 30th 1941, a fellow prisoner escaped.  So ten other prisoners were chosen at random and ordered to die as hostages.  They were stripped naked and thrown together into a cell in the notorious "death block."  From then on they were given nothing to eat or drink until they died.  As is well known, thirst is an even greater torment than hunger for its victims, causing fever, delirium and ultimate madness.

"Kr. Kolbe led the pitiful group of prisoners in prayer and hymns until they could no longer speak.  After 14 days only he was still alive, whereupon they killed him with an injection of carbolic acid.  An eyewitness describes his face in death as 'radiant like that of a saint.'"

"In the summer of 1942 many of our community were no longer capable of standing or even of
sitting upright.  'I offer my life for my sins and the sins of the world' were the last words of one of my priest comrades.  Priests died all around us and they left us so peacefully, so easily, with such joy.  They just slipped quietly out of our lives, home to God their Creator."

I would like to think I have that kind of faith.  But I have not been tested to this degree.  What about you?
Posted by Kate at 8:17 PM No comments:

Dear Friends,
As many of you know I've been researching the period of WWI and WWII in Germany for a book I'm calling OTTO.  I've recently picked up CHRIST IN DACHAU  by Rev. John M. Lenz.  Lenz is a Catholic priest writing about his 6 years in Dachau concentration camp.  He maintains the only prisoners hated worse than the Jews were Catholic Priests.  He would also maintain that Christ was with him and others the whole time.  Those who were able to keep their faith, could pray and sing to honor God despite the horrendous conditions and brutal work details.  From the Introduction:
"The important think to remember, however, is that they were dealt with as a class apart, as a particular menace to the Nazi ideology, and therefore, that their particular story, their reaction to the whole struggle, is doubly significant-firstly because they were priest of God, professional champions of  Christ's Church, and secondly because their gaolers recognized in them the representatives of the most powerful enemy of Nazism.
And, from the Author's Forward:
"What we priests were forced to endure under the Nazi regime, especially in Dachau concentration camp, is no more than a cup filled from the vast sea of human suffering in the world today.  It is not this suffering as such which is important.  The important thing is to show those who have crosses of their own to bear in life just what the grace of God can do for those who follow faithfully in the footsteps of Christ the Crucified....
"Dachau is a terrible warning to us all, not only for today but for tomorrow.  God alone knows how real and present the lessons of this book may yet be for us...For it is only possible to profit from the bitter lessons of the past if these events in the history of the world are viewed with the eyes of true Christian faith....
"This book is not a novel, but a piece of contemporary evidence, it bears witness to an encounter with  Christ, to a recognition of Christ at a time of the bitterest suffering, the fiercest combat with the forces of evil.  It is an inspiring story of priestly devotion and heroism at a time when the Church of God was subjected to danger and persecution..."  Stay tuned for more!!!
Posted by Kate at 8:57 PM No comments: